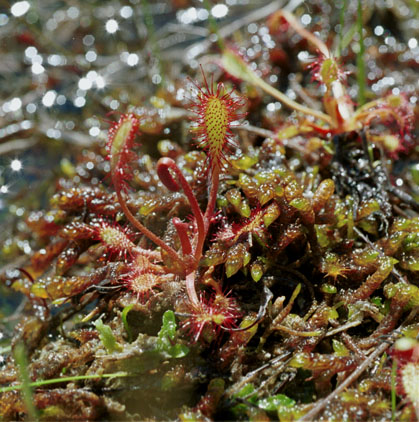 I am Colin Ladyka, and I live in Regina, Saskatchewan, Canada.  Native plants are my hobby.

This web site contains pictures I have taken of flowering plants (excluding grasses) found in Saskatchewan. The site includes pictures for 54 of the 103 sedges found in this province.  The pictures are from two sources. The first is plants I have personally identified in the field. The second is pressed specimens from the George F. Ledingham Herbarium at the University of Regina. The herbarium specimens were collected and identified by many people at the university over the course of many decades, and the photographs of these are included on this web site courtesy of the herbarium.

I have photographed a large number of the species on this web site in the countryside near Hudson Bay, SK.  My friend Dave Biggs, who resides in Hudson Bay, located and identified many of these.  I very much appreciate his contribution to this project.

Some of the species have location maps.  They were created and kindly provided to this site by the late Derry Graves.

Drosera anglica (Oblong-leaved Sundew) is depicted above.  This plant is one or two cm high, lives in bogs, and catches insects with the sticky hairs on its leaves.  Bogs are nitrogen-deficient and these insects provide an alternate source of this element.

The purpose of this web site is to assist the amateur in identifying native plants.  Text has been kept to a minimum because written descriptions are already available in the various flora.  Single pictures of common species can be found in popular field guides.  However photographs of individual parts of plants are generally not available, and it is this niche which I am attempting to fill here.  Sometimes the textual descriptions in identification keys appear unclear or ambiguous to amateurs such as myself.  I hope this site will allow users to correlate these textual descriptions with pictures, and thereby resolve any questions they may have.  Finally, I hope that people will simply enjoy looking at the pictures.

Flora contain detailed descriptions of the sizes of the plant parts being discussed.  By including a ruler in many of the pictures, I hope to encapsulate all that information and more.  The ruler has a metric scale on one edge and an Imperial scale on the other.  This site uses the metric system, and the metric edge will always be in view.  The finest resolution on the ruler is mm.

This site contains three frames.  A frame is a subwindow within a web page.  The left-most column-like frame is the contents frame.  The top-most frame extending across the entire width of the page is the banner frame.  The large square frame in the bottom right is the main frame.

The top level page for a species contains a number of thumbnail images.  Clicking on one of these loads the full sized image into the main frame.  To go back to the thumbnail page, click on the browser's BACK button, or click on the species hyperlink in the contents frame again.

Clicking on the reset hyperlink in the banner frame reloads the contents frame back to its initial configuration.  Note that the contents frame is really just one long list, and clicking on a family hyperlink near the top simply scrolls the list down to the portion containing the genera and species for that family.

A phylogenetic tree of the most common plant families found in Saskatchewan can be found here.

Each full-sized picture is followed by some notes.  These usually consist of answers to questions posed in keys in Budd's Flora and Flora of Alberta.  The answers are grouped according to whether they are from keys leading to the species, genus, or family.  Answers from similar questions from both sources are placed together, and duplicate answers eliminated.

The web site now contains 553 species, the latest pictures added 24-March-2021.  35 species have been added this fall and winter.

This concludes the web site work for the winter of 2021.  I am now going to prepare for the upcoming field season.  Web site work will resume next fall.

If you wish to use any of the photographs on this web site, please contact me at 306-359-3806 after 5:00 PM Saskatchewan time (Central-Standard/Mountain-Daylight).

Links to Other Sites

The following are floras and field guides applicable to the Canadian prairie provinces: